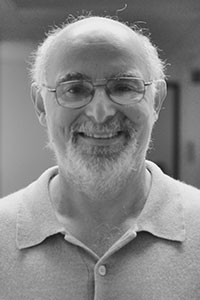 I am especially interested in examining the aesthetic, social, and political aspects of cross-cultural translation in Middle English and medieval Italian works.

Warren Ginsberg’s book, Chaucer’s Italian Tradition, published by The University of Michigan Press, 2002, addresses important questions about the dynamics of cross-cultural translation and the formation of tradition.