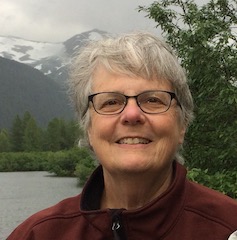 My interests include medical and health humanities, 19th- and 20th-century American literatures,  disability studies, science and literature, archival studies, and queer studies. I also have an interest in digital humanities and continue to learn more about the possibilities of this exciting field.

I'm currently working on two research projects--one that examines representations of the brain in mid-20th-century literature and science and the other, a collaborative archive-based study, that focuses on Portland's Morningside Hospital as a case study in American psychiatry from 1940-1965.

In the first project, I look at the ways that literature and science borrow from each other as they imagine the human brain and its connection to the rest of the body, its relationship to "inner" and "outer" worlds, and its role in identity and experience. So far, I've been focusing primarily on the novels of New Zealand writer Janet Frame, who drew on her experience of psychiatric interventions to create portrayals of psychiatric institutionalization, electroshock "treatments," and pre-frontal lobotomy, all of which were popular medical responses to mental distress during the 1940s, 1950s, and 1960s. In Frame's writing, narrators and characters subjected to these interventions create alternative representations of the human brain, its purposes and functions. In the second research project, I've been collaborating with medical anthropologist Kristin Yarris of International Studies (UO) to examine, through archival research and interdiscipinary analysis, the complex role of Portland's Morningside Hospital in mid-20th-century American psychiatry. Morningside Hospital, which served as the primary psychiatric treatment facility for Alaska residents from the end of the nineteenth-century to the middle of the twentieth, became the center of multiple controversies about psychiatry's relationship not only to individual self-understanding but to national and local identities, citiizenship, and the power of the state.  Through the Medical Humanities Research Group, we have been working with a team of talented UO undergraduate researchers from Global Health and English to develop this project.

Life Writing and Schizophrenia: Encounters at the Edge of Meaning (Rodopi [now Brill] 2013, as part of Clio Medica: Perspectives on Medical Humanities, abook series of Rodopi Press and the University of California Medical Humanities Consortium);

The Writing on the Wall: Women’s Autobiography and the Asylum (Univ. of Illinois Press, 1994).