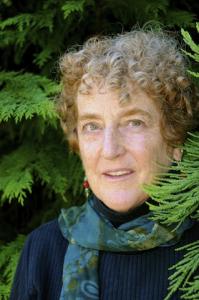 Dianne Dugaw, Professor of English and Folklore at the University of Oregon, has performed folk music and lectured at universities, libraries, conferences, and festivals in the U.S., Europe, Canada, and Mexico. Her 5-volume study and edition, Memoirs of Scandalous Women (Pickering and Chatto, 2011), makes available the life-stories of memorable 18th-century women, two outspoken courtesans and four cross-dressing soldiers. Her discussions of balladry appear inThe New Princeton Encyclopedia of Poetry and Poetics (Princeton U Press, 2012). “Heroines Gritty and Tender, Printed and Oral, Late-Breaking and Traditional,” a chapter in Ballads and Broadsides in Britain, 1500–1800, eds. A. Guerrini and P. Fumerton (Ashgate, 2012). revisits the topic of her first book, Warrior Women and Popular Balladry, 1650–1850 (1996) and, together with her CD Dangerous Examples—Fighting & Sailing Women in Song (cdbaby.com), continues her ongoing study of gender and sexuality in British and American folksongs, literature, and history.

Frequent vocal and instrumental performance of Anglo-American traditional music and music from the early modern era.

Dianne Dugaw’s book Warrior Women and Popular Balladry, 1650-1850, published by The University of Chicago Press, 1989, surveys a wide range of Anglo-American texts and demonstrates how gender and sexuality are enacted as constructs of history.

“Deep Play” John Gay and the Invention of Modernity

Dangerous Examples–Fighting & Sailing Women in Song (cdbaby.com/dugaw) is a recording of 10 traditional Anglo-American ballads popular from Elizabethan times to the modern era, that celebrate the Female Warrior heroine, a woman who dresses as a man and goes to war or to sea for love and for glory.