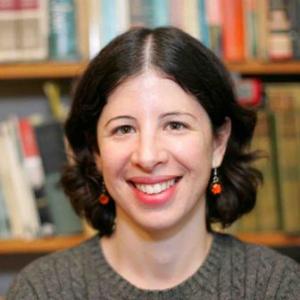 Current project: Almost Human: The Limits of Personhood in Early Modern England, recovers unexpectedly unorthodox, imaginative, and tolerant content in early modern understandings of human identity. The book charts diverse examples of how thinkers defined what was distinctive to human beings and examines case studies of talking animals, emotional robots, and functionally “mineral” human hearts, among others, that reveal intellectual and moral capaciousness in the period’s often restrictive efforts to map the bounds of the human. These examples attest an important intellectual countertradition to more familiar humanist doctrines that both celebrated human exceptionalism and supported mistreatment of those beings excluded from human status.

My website, https://timespencil.org/home, tells the story of how Shakespeare’s global rise and influence depended on and led to successive waves of rewritings and alteration of his works.  Have a look at some of the new plays, fan fiction, and children's versions of Shakespeare enabled Shakespeare's changing role in culture and literature.

My first book, Barbarous Play: Race on the English Renaissance Stage (University of Minnesota Press, 2008), examines depictions of race in early modern drama by Shakespeare, Marlowe, Webster, and Middleton.  The book centers on narratives of miscegenation, religious conversion, class transgression, troubled national boundaries, and moral and physical degeneracy.  These stories of individuals crossing the bounds of identities conferred by birth (including membership in a family, religion, class or nation) both unleash and reveal the culture's anxieties and fantasies about racial identity.  I argue that such racial data are far more diverse, diffuse, and developed in Renaissance literary culture than has previously been believed and dispute a prevailing claim that race is based on science, and that what comes before modern science can therefore not be race.

In Barbarous Play, Lara Bovilsky examines English Renaissance understandings of race as depicted in drama revealing deep parallels between the period’s conceptions of race and gender.