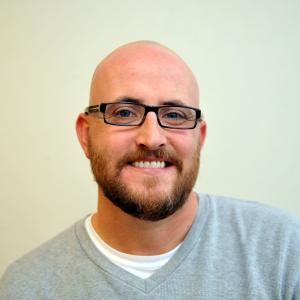 Native American Writers (Contemporary Indigenous Women Writers): La Malinche. Pocahontas. Sacagawea. These are likely the only Indigenous women with whom many are familiar. Though real historical figures, these Indigenous women are often depicted in popular literature along a rigid spectrum as race traitors or colonial sympathizers, virtuous princesses or lascivious squaws. As Mohawk writer, performer, poet, and critic Pauline Johnson noted over 130 years ago, such framings erase the enormous cultural specificity and political diversity of tribal experience. Positioned in romanticized narratives, representations such as these also work to sanitize histories of settler colonial conflict, dispossession, and violence that continue to impact contemporary tribal peoples, often with profound impacts on Indigenous women. Johnson’s late-19th century demand for more complex depictions of Indigenous women isn’t simply an issue of cultural (mis)representation, but also of the effects such representations exert on the lived experiences of Indigenous women. Thus, for Indigenous women like Harjo, to write, speak, or represent oneself as an Indigenous woman is not merely an exercise in self-help. It is, literally, a matter of life and death.

Taking Pauline Johnson as a literary ancestor to Harjo and the contemporary writers we’ll read this term, this course explores what happens, to paraphrase Laguna writer Paula Gunn Allen, when Indigenous women speak and write for themselves. Much to the dismay of settler colonial discourse, Indigenous women have not gone quietly into that good night of romanticism, erasure, and absence. On the contrary, they have actively and aggressively engaged in acts of subversion, resistance, refusal, recovery, and resurgence by asserting (and inserting) their voices, self-images, and narratives into the broader discourses that would silence them. To appreciate the role Indigenous women have played, and continue to play, in decolonization, cultural survivance, and efforts to protect, strengthen, and expand Indigenous sovereignty and self-determination, we’ll necessarily situate our work where questions of genre and literary form intersect those of gender, sexuality, race, class, settler colonialism, and indigeneity.