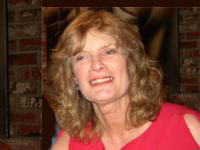 Most of my published work has concentrated on the relationship between film and folklore and perceptions about traditional expressive behavior as revealed by filmmakers. In addition to numerous articles, my books include:

Documenting Ourselves: Film, Video, and Culture (1998), the first in-depth study of f    folkloristic films as a genre of documentary film.

I also am the co-editor of "Film and Folklore," a special double issue of Western Folklore (2006)

Interests include film and folklore, popular culture, mythology, narrative theory, and fieldwork. I am a folklorist and independent filmmaker. I served as the Director of the Folklore Program for over twenty years (1985-2006) at the University of Oregon, where I teach courses on film, folklore, fieldwork, video production, and popular culture.  My films and videos address the interconnection between tradition and the creative process.  They include: Inti Raymi, an indigenous Andean celebration; Kid Shoes, on young men and music; Tales of the Supernatural, an analysis of storytelling events and urban legends; Passover, A Celebration; Kathleen Ware, Quiltmaker; Spirits in the Wood; and Barre Toelken and Barry Lopez: A Conversation.  I also worked as a camerawoman for portions of Jorge Preloran’s series, Patagonia.  I have served on the Executive Board of the American Folklore Society and as the Film and Videotape Review Editor for Western Folklore and the Journal of American Folklore, and am on the board of Folkstreams (www.folkstreams.net), a website devoted to streaming folklore films.

A Handbook for Videorecording Folklore

A handbook to teach the basics of creating videos. Based on workshops held in China and Oregon. In Chinese (English version will follow). Co-edited with Juwen Zhang of Willamette University.

Folklore/Cinema, edited by Sharon Sherman and Mikel Koven, looks at how movies, a popular culture medium, can also be a medium and type of folklore playing cultural roles and conveying meanings customarily found in other folkloric forms.

Sharon R. Sherman and Mikel J. Koven are the editors of a special issue of Western Folklore on “Film and Folklore”.