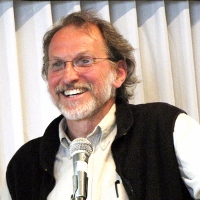 Whatever the subject of our study, the object is the same: learning to live our lives more entirely and intentionally.

My primary interest is in poetry, including ecopoetry and works in translation, as well as the literature of the Northwest.

My own poems have appeared widely, in publications such as The New Yorker, Paris Review, Kenyon Review, and American Poetry Review, and in numerous anthologies, among them The Norton Introduction to Literature.

My books are Second Nature (University of Washington Press, 2008), The Hurtling (Orchises Press, 2004), and Loving the Days (Wesleyan University Press, 1978).

Literature of the Northwest

Tradition and Rebellion in Modern Poetry