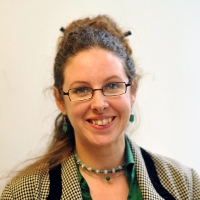 This course explores texts produced by the three major cultures inhabiting the British Isles in the early Middle Ages: the Táin bo Culainge for the Irish; the Saga of the Volsungs and the Prose Edda (written in Iceland) for the Danes; and Genesis and Beowulf for the Anglo-Saxons.

Medieval literature presents interesting challenges for modern readers. For instance, the narrative conventions are often different from what we expect: why does Beowulf talk so much if he’s an action hero? Why are episodes sometimes told more than once, with inconsistencies between the versions? Why do the stories contain so much that seems extraneous to the plot?

Medieval texts are often composite, meaning they have no particular author. How do we read a story like that? Furthermore, while the morals of the stories often seem simple enough, it’s easy to miss the significant questions they ask and the way they challenge modern ways of thinking about the world: Do hero stories glorify masculinity, or do they devalue men? Are the heroes of The Saga of the Volsungs really monsters? Are violent women the same thing as strong women?

Finally, because all of the texts we’re reading are translated from their original languages, we’ll spend some time thinking about the types of choices translators have to make and how that influences our readings of the texts.

Medieval literature is deeply strange and highly rewarding. It can train its readers to notice, understand, and even empathize with ways of thinking alien to that of modern society. An added bonus: this course should give you many wonderful ideas for great tattoos.

Literature, Pre-1500 courses focus on writings produced from the Anglo-Saxon to late medieval periods to foster familiarity with key works in British and American literary history.  Literary history illustrates how literary works reflect, address, and resist the social and political environments in which they are produced as well as other works that have preceded them.  The study of early periods in particular sensitizes readers to historical transformations of the language itself.