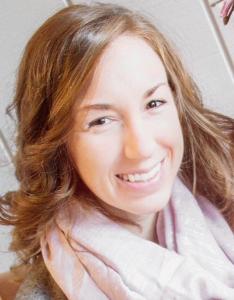 This course studies works of film and media as representational objects that engage with communities identified by intersectional categories including sex, gender, sexuality, race, ethnicity, nation, class, and ability. It considers historical and contemporary effects of prejudice, intolerance, and discrimination on media and filmmaking practices and modes of reception, as well as alternative strategies that promote cultural understanding and a valuing of diversity. ENG 381M satisfies the Arts and Letters group requirement by actively engaging students in the ways the discipline of film and media studies has been shaped by the study of a broad range of identity categories and by promoting an understanding of cinema as an art form intimately intertwined with its various social contexts. ENG 381M also satisfies the Identity, Pluralism, and Tolerance multicultural requirement by enabling students to develop scholarly insight into cinematic representational strategies. The range of American and international content satisfies the Global Multicultural requirement.

The topic for this section of ENG381M is “Gender on Film,” structured around pertinent questions in the intellectual history of feminist film theory: How does popular American cinema gender white men’s and women’s bodies? How do representations of motherhood in popular American cinema confirm or resist patriarchal gender relations? How can cinema represent marginalized genders? How can cinema silence or give voice to sub-altern subjects? Sample films discussed in this course include Vertigo, Wonder Woman, Stella Dallas, Bad Moms, Paris is Burning, Boys Don’t Cry, Ma vie en rose, Tangerine, Black Panther, These Hands, Nice Coloured Girls, and others. This course is reading and discussion intensive. It is designed for both new and experienced film students with the curriculum including both introductory and advanced content. Students will ultimately develop and explore their own research questions in the field of gender on film.

Gender, Ability, Queer Studies, and/or Sexuality courses focus on the ways that issues of sexuality, gender, queerness, and disability are represented, critiqued, and developed in media and literature.

Digital Humanities Minor courses integrate literary study with the use of digital tools and technologies. Students in the minor learn how to make interpretive arguments by building digital archives and maps, interacting with digital games, using web-based publishing platforms, and visualizing data. The minor pays particular attention to the culture of creation in literary and cultural analysis.