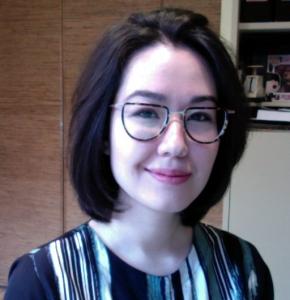 This course introduces students to some of the major works, authors, and themes of Asian American literature, a diverse body of writing broadly defined as literature written (mostly) in English by North American writers of Asian descent. “Asian” is a broad category that includes, but is not limited to, persons who trace their roots to China, Japan, Korea, Burma (or Myanmar), Vietnam, Malaysia, Indonesia, the Philippines, the Pacific Islands, Cambodia, Laos, Thailand, India, Bangladesh, or Pakistan. Why one might want to group this great variety of individuals, cultures, regions, languages, etc. under the umbrella term “Asian American” in the first place will be a question we confront in this class. While the term “Asian American” — as a replacement for the derogative “Oriental”— dates back to the Civil Rights Era and political struggles during the 1960s and 70s, Asian American literature has a long history that reaches back to the late 1800s. In this course, we will consider how Asian American writers over the decades have captured the unique dynamics of what it means to be Asian in America, and how that experience is closely linked to much larger issues like U.S.-Asian relations, international wars and commerce. Major themes will include questions of identity, racism and stereotyping, immigration, labor practices, assimilation, and representation. We will thus situate questions of literary style and genre (for example, why are so many Asian American works billed as memoirs or autobiographies?) against the backdrop of 19th and 20th U.S. and Asian history, with a particular focus on East and Southeast Asia. We will explore a wide variety of artistic forms, from novels and short stories to documentaries, films, paintings, and comic books.