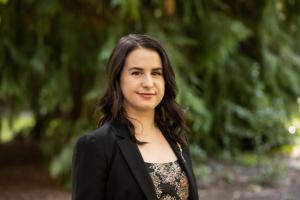 War, Peace, and Hospitality in Ancient Poetry and Prose, Fall 2020

We will read foundational works from three different ancient cultures: China, Greece, and Israel. We will pay particular attention to the question of the kinds of values that these foundational works were meant to instill in their ancient audiences. What does each culture have to say about 1) the causes of war and peace; and 2) the relation between extending hospitality toward the stranger and the very nature of what it means to be human?

Emphasis will be on close and attentive reading of texts. Literature during this period was meant to be taken in by the ear rather than the eye, and we will emphasize the oral [spoken aloud]/aural [heard] dimension of these works, including poetic meter. Students will train their ears to hear and "scan" ancient verse, even if they do not know the ancient languages (Chinese, Greek, and Hebrew) themselves; and to hear modern attempts at approximating the aural effects of ancient poetry and prose.

In this class, you will develop the ability to appreciate and analyze literary texts from a variety of cultural and linguistic traditions in the ancient world. You will be asked to demonstrate this ability in both written and spoken English. In our increasingly multicultural world, both in the classroom and in the workplace, you will be increasingly expected to develop what is called “intercultural competence.” This class, by exposing you to foundational texts from three ancient and very different cultures, will boost your “intercultural competence.”

Yvor Winters, “The Audible Reading of Poetry” (available on Canvas)

Multicultural, International Cultures (IC) courses study world cultures in critical perspective.  They either treat an international culture in view of the issues raised in AC and IP courses (i.e., race and ethnicity, pluralism and mono-culturalism, prejudice and tolerance) or they analyze worldviews that differ substantially from those that prevail in the present-day United States.

Global Perspectives courses study world cultures in critical perspective, or analyze worldviews that differ substantially from those that prevail in the present-day United States.

In our course we’ll examine how ancient and medieval writings representwomen’s relationships to power. We’ll begin with the work of the firstknown poet, Enheduanna, a Sumerian priestess who lived during the 23rdcentury BC, and end with Fernando de Rojas’s Spanish medieval masterpiece,Celestina. The primary questions we’ll explore are: What is power? How dothese texts represent women accessing, maintaining, opposing, and commentingon power in their times and cultures? How do they challenge and contextualizehow we think about women and power today?In this class, you will develop the ability to appreciate and analyzeliterary texts from a variety of cultural and linguistic traditions from theancient to medieval periods. Specifically, you will practice reading anddiscussing these texts in order to examine diverse representations ofwomen’s experiences in texts written about and by women.Our course juxtaposes Western and non-Western readings, challenging studentsto locate "classic" literary works within a global perspective. All works areread in English translation. Weekly readings of narrative, poetry, tragedy,and non-fiction can be substantial in scope and difficulty. Students will beasked to compose critical essays totaling at least 8 pages in length.With a comparative focus on various literary traditions, this coursesatisfies the University Multicultural Requirement in the InternationalCultures category. In offering students a broad introduction to college-levelliterary studies, ENG 107 also satisfies the university's Group Requirementin the Arts and Letters category.